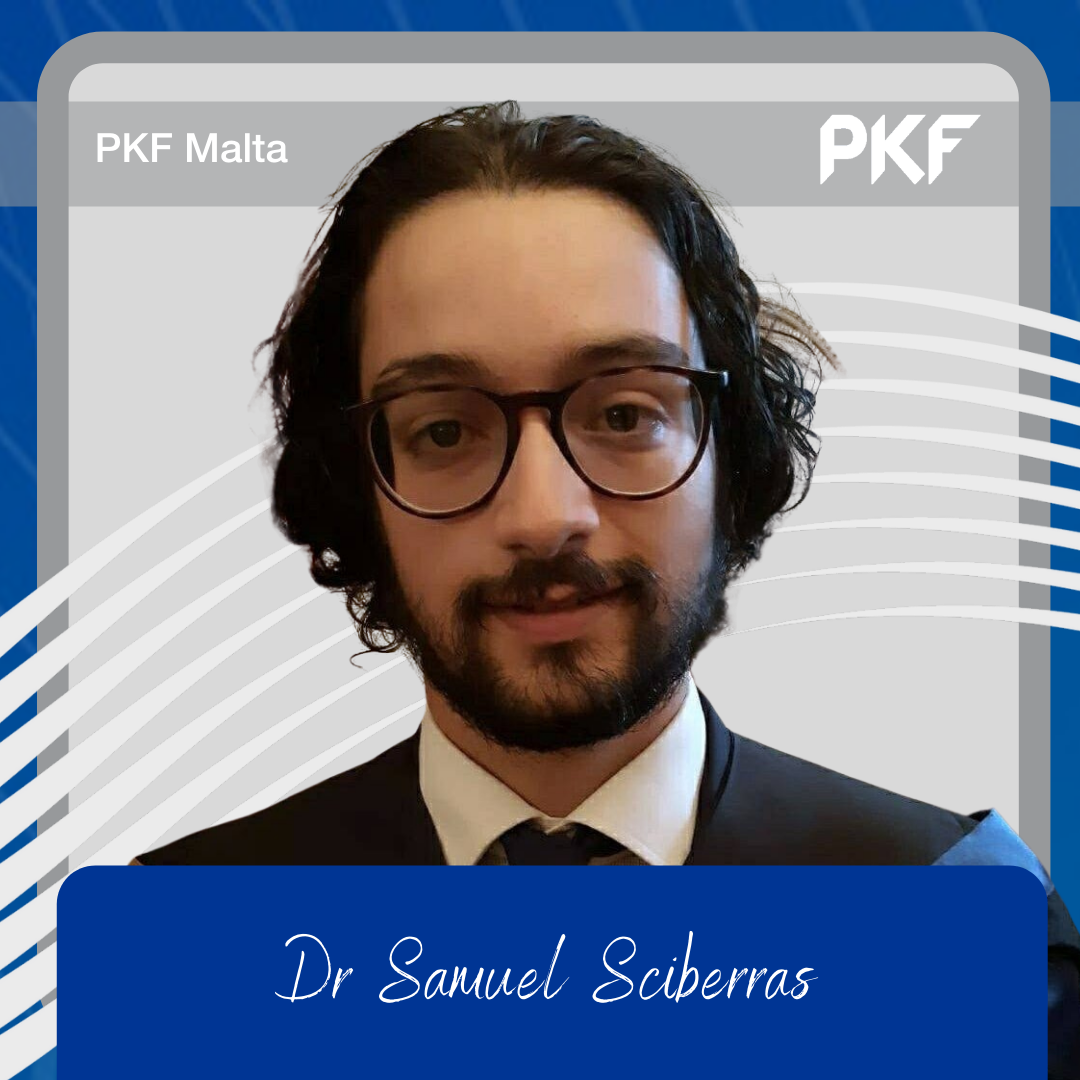 The Creation of Shipping and Aviation Cell Companies

Act V of 2020 defines ‘cell company’ as a company formed/constituted as such or, converted into a cell company, and creating within itself one or more cells to segregate and protect the cellular assets of the company. Companies with this structure may be either;

(b) a company carrying on such business may be converted into a cell company, provided that it is authorised to do so by its Memorandum and Articles of Association.

Cell companies are distinguished from other companies by their name, which needs to have the words ‘Mobile Assets Protected Cell Company’ or ‘MAPCC’.

The concept of the Cell Company is not in itself a new addition in the Maltese legal framework as it has already been put into practice in the insurance sector, but it is the first time being available to shipping and aviation. Foreign jurisdictions have for a long time introduced in their legislative framework concepts of Incorporated Segregated Account Companies or Segregated Portfolio Companies, by which each segregated account has a separate legal personality, allowing single legal corporate entities to benefit from the segregation of assets and liabilities. Trusts have also been employed to attempt and achieve the same results but as trusts aren’t recognized in all jurisdictions, problems have been encountered.

Both shipping and aviation are heavily characterized by the need to legally segregate each asset within the patrimony of the owner. Thus, compartmentalization of all assets in separate units is already an accepted practice in the industry. In fact, it is not rare for a company involved in either the shipping or aviation business to only own a sole aircraft or ship. A fleet of ships would have several companies, all needing to be managed and controlled. This can be costly and time-consuming.

A cell company provides the possibility to have the complete ownership, operation (under the charter, lease or otherwise), administration and management (including personnel engagement, employment or management whether on board or otherwise) of any ship or of any aircraft or aircraft engine and the carrying on of all ancillary financial, security, commercial and other activities in connection therewith.

The application of cell companies in respect to the shipping and aviation industry is all possible through the introduction of Legal Notice 248 of 2020 (SL 386.22) Companies Act (Shipping and Aviation Cell Companies) Regulations 2020 which came into effect on 16th June 2020. This amendment permits the use of the new structure for companies operating in the shipping and aviation sector, mirroring the model employed in insurance where company assets are ring-fenced via the creation of cells.

A cell company must also have all the usual documentation required for a normal company, such as an M&A, a copy of the resolution allowing for amendment of such M&A, and payment fees for each cell are also required. The M&A of the cell company must declare that it is a cell company.

The Business Registry is vested with the prerogative of approving the incorporation of a cell company after such company has each cell allocated with its own name or designation. All cell companies must comply with the Companies Act (Register of Beneficial Owners) Regulations, which also automatically apply to cell companies and their cells. The creation of a cell by a cell company does not create, in respect of that cell, a legal person separates from the company. A cell does not benefit from a separate legal personality but it is a single legal person.

The company shall, within 14 days from such resolution, deliver a notice to the Registrar of the MBR (Malta Business Registry) specifying the subject of the resolution and outlining the specific description of every asset being attributed to a particular cell. Upon publication of such notice, such assets shall be considered to be cellular assets of a particular cell.

As such, MAPCC is burdened with a host of requirements that naturally ought to be adhered to. One of which is the obligation of having directors able to establish a visible, constant, and discernible discrepancy between assets appertaining to a cell company vs non-cellular assets. In order to perform this obligation, directors are strictly required to keep and maintain separate records, accounts, statements, and other ancillary documents which may be deemed essential in order to preserve a tangible division between the assets and liabilities of every MAPCC cell, whilst also keeping a distinction between the MAPCC’s non-cellular assets.

Similar to the situation vis-à-vis agents of mandates (mandatories), a cell company is obliged to make third parties aware who the aforementioned company is entering discussions with that such an individual is trading with a cell company. Such information must also be provided to all persons entering a transaction with the cell company itself, including in all business letters and forms. Such information must also include the purposes of that transaction, identify or specify the cell in respect of which that person is transacting unless that transaction is not a transaction in respect of a particular cell.

A MAPCC may issue shares in relation to any of its cells whereby such cell shares constitute cell share capital. Proceeds of such shares constitute are Cell Share Capital, which comprises cellular assets attributable to the issuing cells. Having said that, it goes without saying that a MAPCC is able to issue cellular dividends in virtue of cellular assets and liabilities or profits deriving from a specific cell.

It is essential that even when issuing a dividend, each cell has to be kept distinct from another, in the sense that when assessing whether dividends can be distributed or not, the accounts of the other distinct cells need to be kept separate, hence, the financial position of one singular cell cannot compromise the decision of issuing dividends vis-à-vis another cell.

The same thing can be said in respect of the MAPCC’s non-cellular assets. Once again, this distinction must be kept when incurring additional liabilities. When a particular cell incurs liability, such cell ought to make good for such liabilities through its own assets, and cannot resort to the assets of other cell companies. Naturally, this also applies in a creditor scenario, in the sense that a creditor may not attack the assets of other cells but only that of the cell which is indebted to the creditor.

Following the attribution of a particular asset to a cell of a cell company, the interest of an owner in a registered aircraft or ship in terms of the Merchant Shipping Act, the Aircraft Registration Act or any other law or regulation as the case may be, shall be noted accordingly, as long as any registered mortgagee or registered security interest holder has provided its consent in this regard.

Cellular assets are absolutely protected from the creditors of the cell company who are not creditors in respect of that cell and who accordingly are not entitled to have recourse to the cellular assets attributable to that cell.

(a) cause or procure its auditor, acting as an expert and not an arbitrator, to certify the value of the assets lost by the cell affected; and

A transfer of cellular assets attributable to a cell of a cell company shall not of itself entitle creditors of that company to have recourse to the other assets of the person to whom the cellular assets were transferred.

At first glance, it may seem that the fact that each cell ought to be distinguished from another is a disadvantage for a MAPCC but upon closer examination, this facility is the most advantageous aspect of cell companies. Since each cell has its own patrimony and is thus distinct from the parent or core cell company and other cells alike, so it is possible for the seclusion of each cell as well as the structuring of every individual cell.

Hence, the source and assets of each cell are protected intrinsically having the guarantee that neither the core company nor other cells may exploit the former cell’s assets. The process of cell incorporation is not laborious, hence allowing for a rapid and effortless procedure allowing a newly incorporated cell to start its operations quickly. Segregating the affairs of one cell will not hinder those of other cells since each cell has in place a board of directors as well as a customized memorandum and articles of association.

The main benefit of cell companies is that assets and liabilities for each cell constitute a distinct patrimony for that cell and are segregated from the core cell company and other cells.

Once again, the fact that each cell is distinct from another is beneficial to other cells because the dissolution or insolvency of a particular cell does not conjure a parallel outcome in respect of other cells or the core company.

Moreover, in the case of wanting to dissolve a cell company, it can be done with ease and is in fact much easier to close down a cell than it is to close down a conventional company. One of the most beneficial outcomes of a cell is the fact that cell companies in Malta are subjected to an advantageous tax imputation system.

Liquidation proceedings for a cell company will respect the statutes of each cell as a separate patrimony. Without doubt, liquidations under the Companies Act apply automatically to a cell as if it was a distinct legal entity operating under the Companies Act, even with the modifications as necessary to cater to the fact that the cell is not a company or a distinct legal entity.

Some of the disadvantages of cell companies could be that foreign jurisdictions may not allow such structures and may not recognize them under their law. Apart from this, even if the general rule is that assets of a cell should satisfy its liabilities, there is a risk that a creditor and court mistakenly or intentionally fail to comply with such a rule. However, there are remedies available in case this rule is not adhered to.

One of the most beneficial outcomes of a cell is the fact that cell companies in Malta are subjected to an advantageous tax imputation system. For assistance please email our tax department at PKF Malta at info@pkfmalta.com.